We are open for Sales and Service, learn how our processes have been optimized for safety
Menu
My Vehicles

Driving on Canadian roads can be difficult since roughly eight months of our year spent driving is paired with some kind of precipitation. Many drivers search for a vehicle that has 4×4 capabilities and often that search leads to a pickup truck. Full-size trucks can be expensive and hard on gas but with small trucks buyers get the best of both worlds – safety, utility and affordability. With help from experts, this list highlights the best small pickup trucks in Canada based on price, reliability and a multitude of other factors.

Listed in no particular order, the following vehicles can be found used or pre-owned at dealerships all over the country. 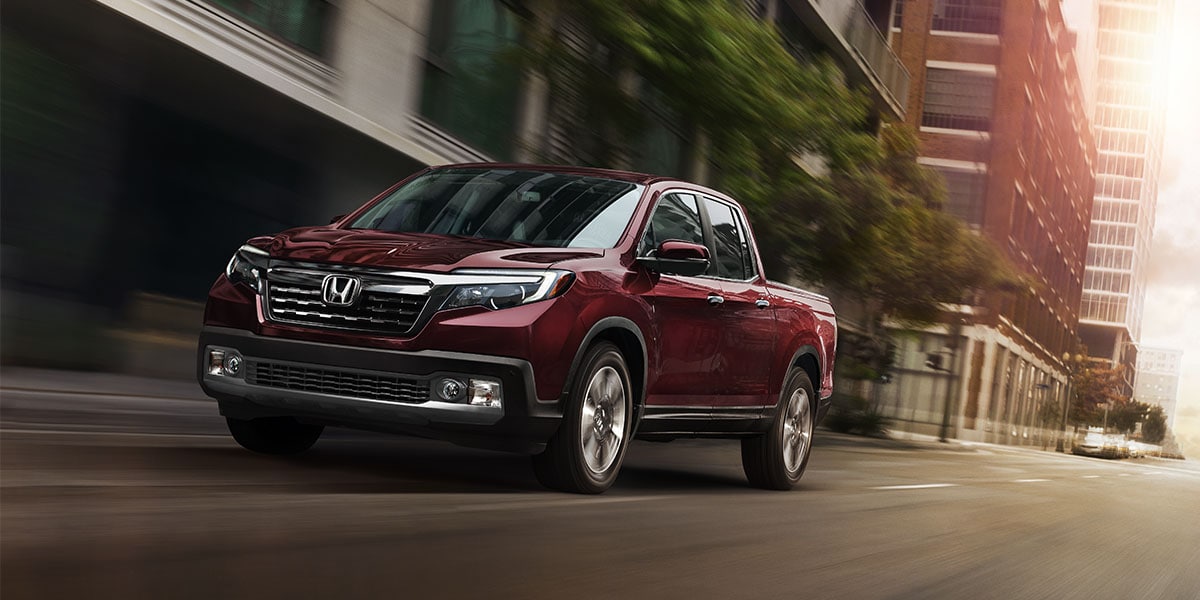 Since the release of the second-generation Ridgeline in 2017, Honda has taken considerable steps forward. The 2019 Ridgeline was chosen as one of Edmunds’ Best Pickup Trucks and Best Gas Mileage Trucks for the year which is saying a lot in the compact truck market. The Ridgeline is definitely one of the most versatile small pickup trucks on this list in that it is closer to an SUV than any other. Rather than following the crowd and choosing a traditional pickup truck design, Honda uses a car-like unibody construction and a fully independent suspension for the Ridgeline. The V6 engine with 280 horsepower is not top-of-the-line but impressive nonetheless. When in all-wheel drive, the 2017 version has a towing capacity of roughly 5000 Ib, while 2WD tops out at about 3,500 Ib. The Ridgeline sets itself apart by being a jack-of-all-trades rather than a specialized truck for one job. 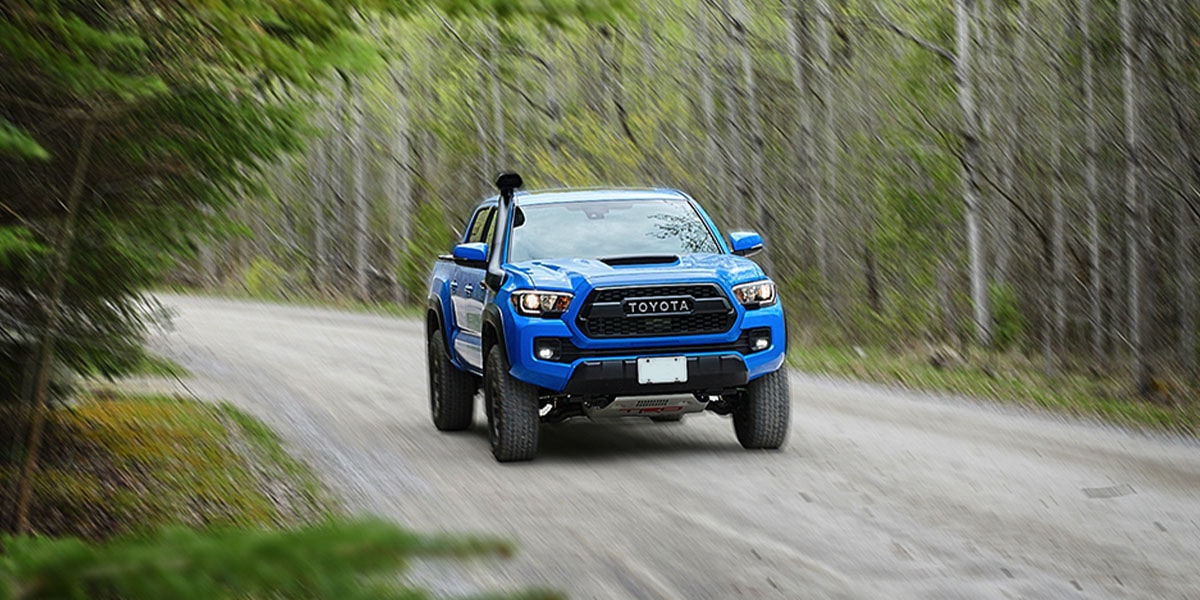 Even though the compact truck market continues to grow and expand, the Tacoma remains one of the best choices for a versatile small truck. It is flashy and luxurious while also coming off as rugged and work-like. Newer versions offer impressive infotainment systems and now include Apple CarPlay and Android Auto functions on the touch screen. Models from 2016 to 2020 come with one of two engines: a 2.7L inline-four engine or a 3.5L V6 engine. The third generation Tacoma also offers excellent off-road features. Some of the major features the Tacoma and Toyota in general offer are the reliability and life-span of their vehicles. It is not uncommon to see a Tacoma with over 300,000 km still running like new. When looking for used options, the Tacoma may be a little more expensive but buyers can trust that it will last. 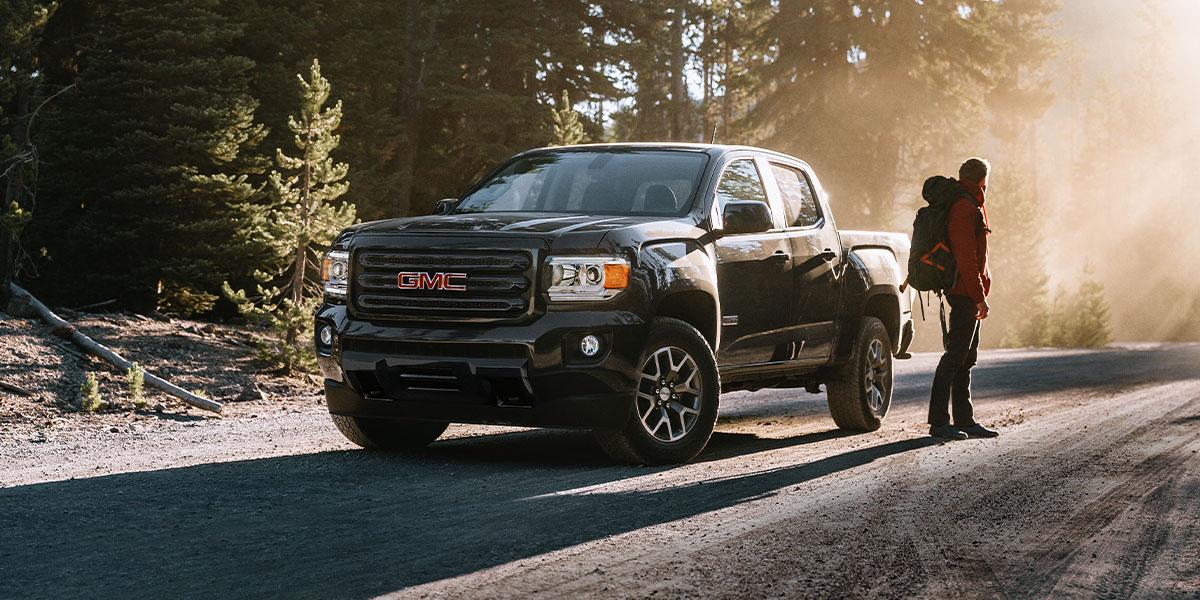 The Canyon has been a mainstay in the compact pickup truck family for over a decade. It has the utility of a full-size truck but the sleek styling and luxury of an SUV. The extensive trim levels available make choosing a Canyon model difficult but very customizable. The 2018 version of the Canyon gives buyers three engines to choose from – a four-cylinder, a V6 and a 2.8L Turbo diesel. Each engine provides capable towing abilities and plenty of power. The Canyon provides a comfortable highway ride and has plenty of in-cabin features such as the 8-inch infotainment system with Apple

We can’t mention the versatility and power of the GMC Canyon without also looking at the slightly adjusted cousin, the Chevrolet Colorado. Like the Canyon, the second-generation Colorado introduced in 2015 is impressive to say the least. While each version since 2015 has its own perks such as the remote locking tailgate in the 2020 Colorado and updated infotainment systems each year, the Colorado continues to handle impeccably and offer a comfortable and quiet ride. The Colorado comes in a base four-cylinder engine as well as V6 and diesel options as well. Maybe opt for something like: “With a fuel economy of 26 mpg on the highway, the Colorado saves drivers money at the pump making it an easy choice to go with a compact pickup rather than a full-size. 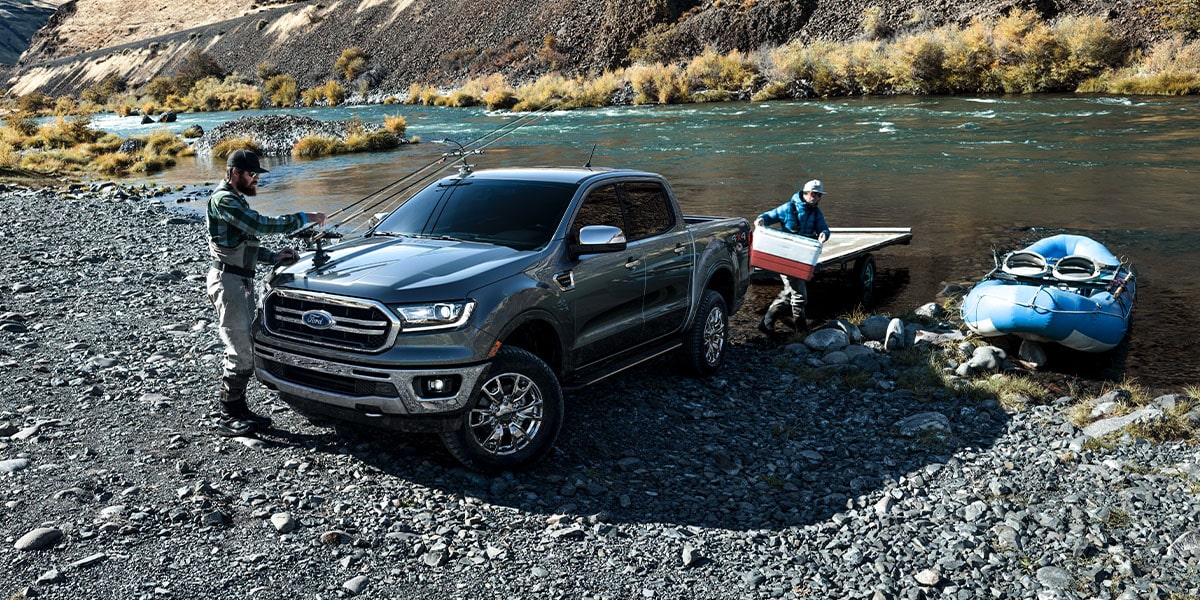 Ford has followed its competitors at GMC and Chevrolet in reinventing what has been one of the best small pickup trucks in Canada for years. The 2019 Ranger is the first of the new generation and it offers a unique balance of power and luxury. In comparison to the past Ranger which was pulled from Canada in 2011, the new version has taken notable leaps in the way of hauling and towing capabilities – the turbocharged engine provides nearly as much power as full-size trucks. What the Ranger may lack in comfort, it makes up for in technology as it continues with Ford’s commitment to top-of-the-line Bluetooth and infotainment options. The early generation Ranger’s touted as one of the best small trucks on the market even though they lack the power of the new generation. Drivers can do no wrong with either generation of Ranger they choose and they can sleep well knowing Ranger is one of the most affordable pickup trucks on the market. 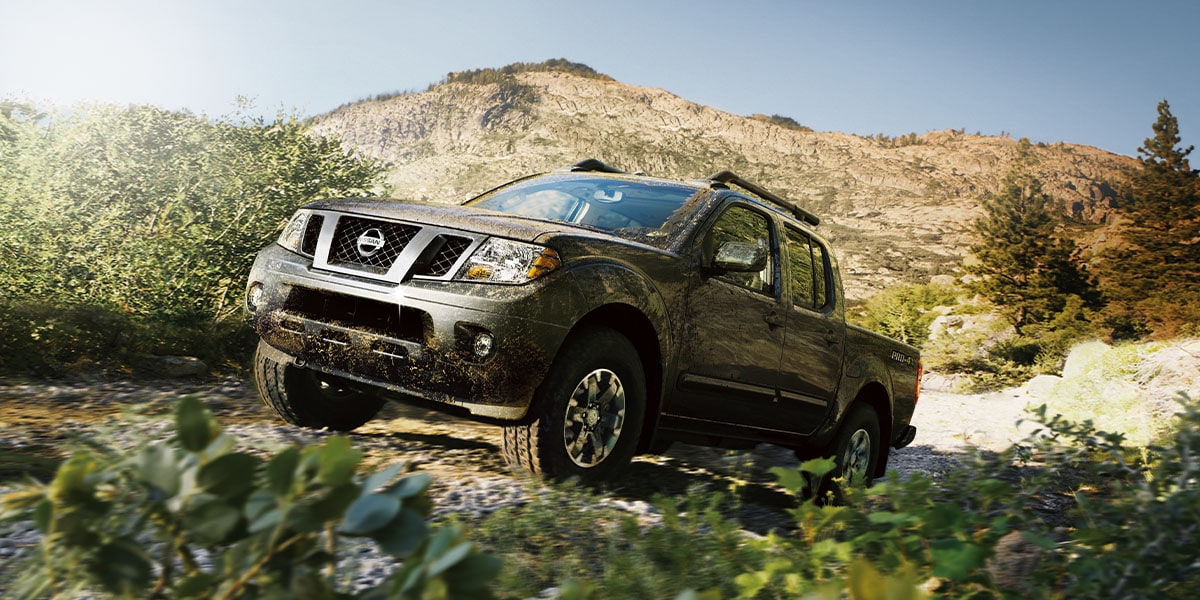 There have not been many significant changes to the look and feel of the Frontier since 2004 but the rugged and stylish body remains a standout in the field of small pickup trucks. While it may seem like it is falling behind as the Ranger, Colorado and Canyon all reinvent themselves, the Frontier offers a comfortable ride, a bed with all manner of useful cleats and tie-downs and real off-road capability when equipped in the Pro-4X trim. Unlike the Ridgeline mentioned above, this no-frills approach to the compact truck is appealing to many. It gets the job done without being flashy and the Nissan brand is known for its reliability and utility. Two engines are available for the Frontier: a 2.5-litre four-cylinder with 152 horsepower or a 4.0-litre six-cylinder with 261 horsepower. Both engines can pair to either a manual transmission or a five-speed automatic transmission.

Small pickup trucks are appealing to many buyers for so many reasons. They are versatile, powerful, safe and reliable. Additionally, they offer savings at the dealership as well as the gas station. Any of the trucks listed here would be excellent choices when stepping into a new compact truck. Find similar vehicles in our showroom.